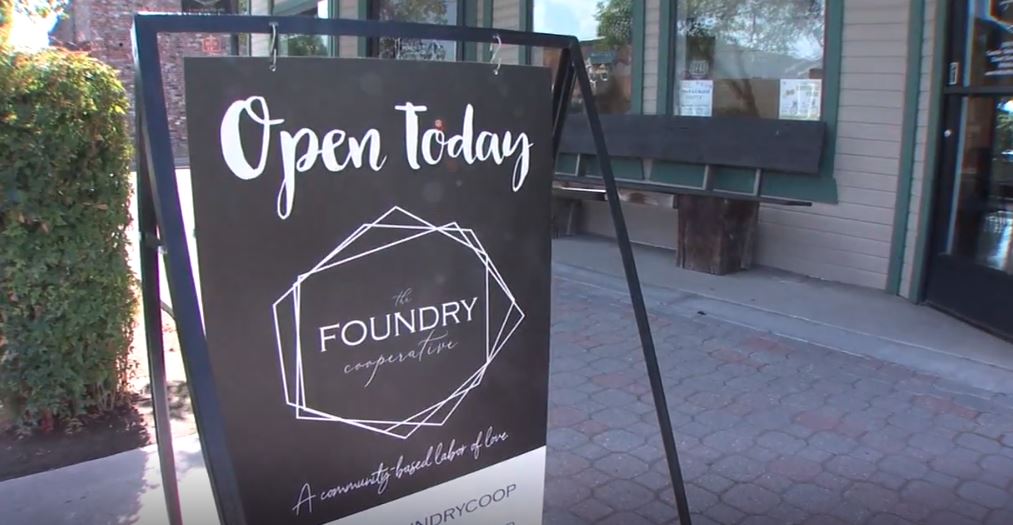 The doors are now open at brand new business Foliage.

Owner Yasmeen Gonzalez has been selling her plants online for a while but decided to take the plunge and open a storefront in Old Town Clovis.

“It’s been great. There’s been a lot of foot traffic, a lot of curious people coming in and plant lovers of the entire spectrum to learn more about plants,” said Yasmeen Gonzalez.

Foliage is just one of the many shops that have popped up in recent months. Carole Lester with the Business Organization of Old Town or B.O.O.T. says business is booming.

“Actually it’s also doing so even on July and August which is our slowest time of the year. We have a lot of new businesses that have joined us and the farmers market is bigger than its ever been. We have growth and some businesses coming to town,” said Carole Lester, Executive director of B.O.O.T.

Old Town Clovis has an occupancy rate at about 99-percent. Some businesses like “It’s All About Me!” have expanded.

Bauble and Thread opened about four months ago off Pollasky.

“The opportunity just came up, it was a perfect location. It’s been a lifelong dream of Tanya’s to have a boutique,” said Sue Smith of Baubles and Thread.

The Foundry Cooperative has launched a special store filled with eight local makers.

One of them is Prickly Pear Farm. In addition to selling succulents, owner Terese Polgrean holds workshops.

“We all support each other in a different way so having other like-minded people with you in a shop with you makes a great business idea,” said Terese Polgrean with Prickly Pear Farm.

Also, the new Modern Broker has taken over the Osterberg building.

More businesses are heading to Old Town. The old corner cafe is being renovated and will reopen as the Old Town Cafe in the next month.