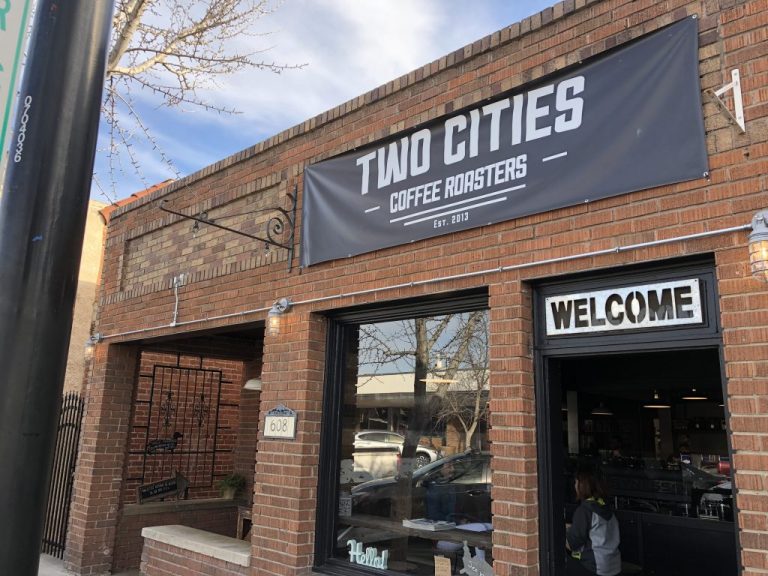 Two Cities Coffee Roasters, a family-owned coffee roastery and cafe, is approaching one year of business in Old Town Clovis.

The idea to open a coffee shop hit Reeves after he noticed a boom in his roasting business.

“We started off as a roaster [in 2013], and it’s kind of a natural transition for coffee roasters to eventually open a cafe,” Reeves said. “As you’re coffee roasting, you’re developing a customer base. You’re meeting customers, teaching customers and educating customers. Eventually, they want some place where they can go and not just buy your coffee for home to but go and enjoy your coffee in a different setting.”

The art of coffee roasting takes place at Reeves’ 2,000-square foot facility on Pontiac Way near Costco. After going through the roasting process, those same coffee beans are then packaged and sold in retail and wholesale forms through several outlets, as well as used in the coffee brewed at Two Cities.

For Reeves, his passion for the coffee business grew through experimentation.

“I started roasting coffee just for the fun of it because I wanted to see what different coffees taste like,” said Reeves, who roasts coffee beans from all over the world. “When I found out I could roast by myself at home, I started doing that. We started doing it just as a hobby just for home use. Then, we decided that we wanted to do it as a business after doing a fundraiser, so I built a roaster and we started roasting coffee at the farmers markets.”

In its first year in Old Town, Two Cities has developed quite the following, and not just because of its coffee. Also on the menu is rolled ice cream, a trendy dessert option available in an abundance of unique flavors including apple pie, cookies and cream, and coffee to name a few.

“We thought it would be a neat complement,” Reeves said of the frozen treat.

When enjoy a cup of coffee, tea or ice cream at Two Cities, customers have the options of sitting indoors or at one of the two outdoor areas – a smaller area in the front outlooking Fourth Street and a larger area in the back. Reeves wanted people to feel comfortable so he renovated and fenced in the back patio area to create a more intimate setting. He said he is open to the idea of adding live music and other forms of entertainment back there, but for now it’s used by his patrons for meetings, bible study groups and just hanging out.

Looking back nearly a year after its mid-December opening in 2017, Two Cities continues to stay true to its philosophy while pushing out new brewing methods and innovative products for its growing customer base.

“Our whole philosophy here is first of all [to offer] fresh roasted coffee because we started off as a coffee roasting company,” said Reeves, “Fresh coffee is very, very important to the quality of the drinks. We’re about being very precise with all of our brewing and everything that we do. We try to make all of our ingredients here that we can, so it’s all fresh. We just try to bring as high of quality as we can. I don’t know if that sets us apart, but it’s just who we are.”

Small Business Saturday: Do Your Part and Shop Smart